Posted at 08:59h in Allgemein by icaadmin 0 Comments
4 Likes
Share

Have you ever been to Eastern Europe? There is so much to see – visiting old churches and seeing historical sites that have been standing for many centuries, cities crammed with rich history and restored to their earlier splendor. This Best of Eastern Europe tour includes all of that and more with overnights in Berlin, Warsaw, Krakow, Budapest, Vienna, and Prague.

Your guided sightseeing in the capitals includes the must-see highlights such as Berlin’s Kaiser Wilhelm Memorial Church, today a symbol of 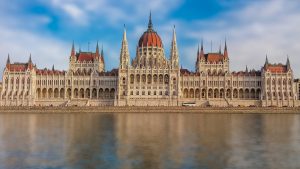 reconciliation; the medieval Old Quarter and the 14th-century Cathedral of St. John in Warsaw; St. Stephen’s Cathedral in Vienna; the Hrad?any Castle grounds and Astronomical Clock, built in 1410, in Prague; the Kazimierz Quarter in Krakow, where you’ll visit the Remuh Synagogue and the Jewish cemetery, which had its first burials in 1551; and Budapest’s 13th-century Matthias Coronation Church, coronation spot of several Hungarian monarchs.

Don’t miss Jasna Góra, the monastery near Czestochowa, an important pilgrimage spot. Its Black Madonna painting is a symbol of the country and venerated as the “Queen of Poland.” The tour includes a stop in Auschwitz to visit what is left of the concentration camp.

Look forward to special experiences in some of the smaller towns, eg lunch in Donovaly, a popular ski resort in the Tatra Mountains, and in Telc, one of the most beautiful towns in the Czech Republic. Another highlight of the tour will be a private Chopin concert in his hometown of Warsaw! 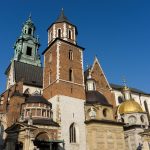 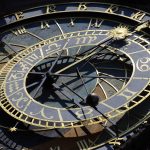 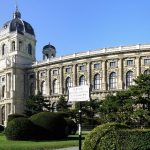