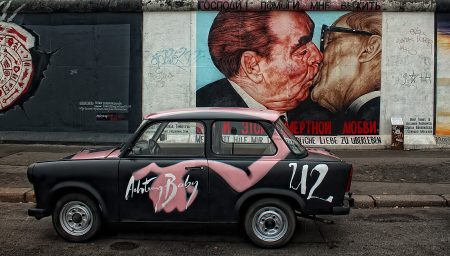 Posted at 12:40h in Allgemein by icaadmin 0 Comments
2 Likes
Share

This bus tour focuses on the Third Reich, Cold War, 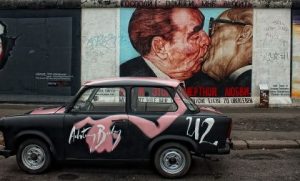 Berlin Wall and former East Germany (German Democratic Republic) and the most important sights of Berlin’s complex history in the 20th century. Visit memorials dedicated to the victims of Nazi atrocities and understand the sinister circumstances that helped the Nazis seize power and commit their crimes. Your guide will show you original sites of the regime´s rise and fall, provide the historical context and share his thoughts on how Germany copes with its history today. You will see the remains of Goebbels’ Ministry of Propaganda and Goering´s former Ministry of Aviation (the building nowadays serves as Germany´s Ministry of Finance), the site of Hitler’s bunker and the Holocaust Memorial.

Delve into the history of former East Germany (German Democratic Republic) and see the Wall Memorial at Bernauer Straße where the facades of houses on the South side of the street became part of the fortifications when the border was closed in 1961. You will see the site of famous tunnel 57, named after the number of persons that escaped through it, the place where a church was blown up in 1985 in 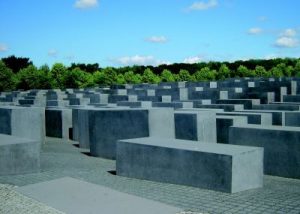 the so-called “Death Strip“ (between the two walls that defined the border zone) and a reconstructed part of the wall with a watchtower and a memorial to all those who died at the wall. Learn more about the so-called “Ghost Train Line” where the train did not stop at stations in East Berlin because the trains belonged to West Berlin´s public transport system. The bus will take you to Checkpoint Charlie, an iconic landmark of the Cold War. In 1961 the fate of mankind was hanging on a bare thread when American and Soviet tanks stood opposite each other at Checkpoint Charlie threatening to open fire. At the former airport Tempelhof, your guide will tell you more about the Berlin Airlift.This tour includes walks around the Exhibition “Topography of Terror” (site of former SS and Gestapo headquarters until 1945) and the Wall Memorial at Bernauer Straße.

About the field trips: All ICA 2018 delegates are invited to join the field trips on Tuesday and Thursday afternoon after the congress program. In total, six different tours covering themes for both new and frequent visitors are available. Each tour will last about four hours and is free of charge for delegates. The number of participants is limited. It is advisable to book your preferred tour well in advance.