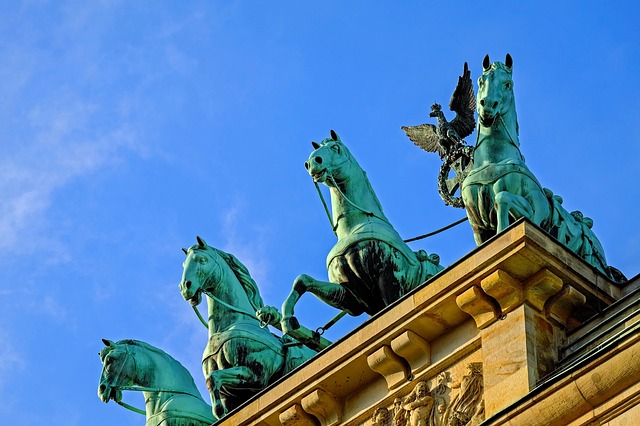 Posted at 14:09h in Allgemein by icaadmin 0 Comments
5 Likes
Share
Departure from Hotel Estrel: 1:00 pm – return to Hotel Estrel: 5:00/5:30 pm
Language: English
Discover Berlin at its best and see all the highlights of

the Eastern and the Western parts of the city! This comprehensive tour covers all the major sights of Berlin in one afternoon. The bus takes you not only to Brandenburg Gate and Paris Square with the famous Hotel Adlon, the Government Quarter with the Reichstag building (the seat of the German government), the Red Town Hall (seat of Berlin’s mayor), palaces and representative buildings from Prussian times on the boulevard “Unter den Linden”, the luxury shopping boulevard “Kurfürstendamm”, the ruins of Memorial Church and all the other famous sights, but also to the places where the Nazis planned their warfare, such as the site of the headquarters of the Secret State Police and SS (“Schutzstaffel”, a Nazi paramilitary organization), and where the city was once divided, e.g., the East Side Gallery, the longest remaining part of the wall, and Checkpoint Charlie, hot spot of the Cold War and site of the tank stand-off in 1961.
You will also get a feeling for the differences 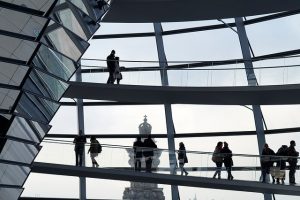 between the East and the West, seeing residential quarters with a bustling street life on both sides of the former wall, such as the trendy gallery district around Hackescher Markt and the district of Kreuzberg. Our guide will give you an idea of what it feels like to live in this thriving city today and how life is changing for Berliners as the city grows together and has become the capital of reunified Germany.
The tour includes a photo stop at the Brandenburg Gate, the symbol for the division and unification of Germany, and a short walk to the Reichstag building. Another photo stop is planned (e.g.,  at Checkpoint Charlie).

About the excursions: All ICA 2018 delegates are invited to join the excursions on Tuesday and Thursday afternoon after the congress program. In total, six different tours covering themes for both new and frequent visitors are available. Each tour will last about four hours and is free of charge for delegates. The number of participants is limited. It is advisable to book your preferred tour well in advance.